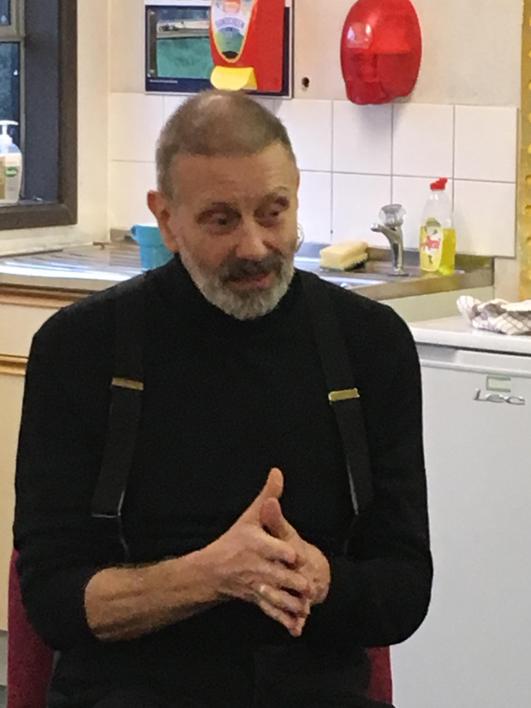 After assembly we had a press conference with Mike. He was interviewed by our arts ambassadors and party leaders.

Here are some of their reports:

“Mike Kenny stated that he made the character of the stepmother into a mother, because all step mothers aren’t evil”

“Originally the rooks were crows, but then he found out crows were loners, so changed them to rooks”

“Mike wrote most of the lyrics for the songs.”

“The characters of Goldilocks, Little Red Riding Hood, the three bears and the wolf, were introduced so the Youth Theatre at Derby could be involved.”

“The witch was played by a man, because Mike wanted to even up the parts for males and females, so women are not always the evil characters”

“Mike Kenny has inspired me to write my own plays”

Creating a Gingerbread House for the Community Garden

Our amazing Year 6 in "The Lion King" we will miss you!

Year 5/6 Drama Club wowed their audience with their version of Matilda.

Welcome to the gallery! Please enjoy browsing our photographs.

The snow did not dampen our spirits as we enjoyed our postponed Book Day! We loved dressing up and reading together. 06/03/2018